The Hidden Iron in your Cereal

Using an experiment you can extract iron from cereal.

My hypothesis was that I would get a very small amount of iron out of the cereal or none at all. I think that I will find the most iron in Honey Nut Cheerios because it said it was 30% iron in the nutritions list. Frosted Flakes also have 30% iron but it seems like Honey nut cheerios has more grain and grain has iron.

What is iron~ Iron is a mineral that is in a lot of foods, like red meat, seafood, dried fruit, beans, and lots of dark green vegetables. Iron is very important for you because it's in hemoglobin, a protein in red blood cells. It helps carry oxygen to your organs and moves the carbon dioxide back to your lungs for you to breath out. If you don’t get enough iron, then you won’t have enough hemoglobin and you might get a disease called iron deficiency anemia. If you have iron deficiency anemia, then you might start feeling tired, weak, or short of breath. Sometimes, even stress can cause a lack of iron. Iron supplements and vitamin C pills will help you get more iron.  A few fruits are also high in iron, but apples aren't one of them, so don't ever be fooled by the phrase “an apple a day keeps the doctor away.”

Along with the difference in iron there's also the difference in grams. For example two biscuits of shredded wheat is 47 grams, while a bowl of corn pops is 22g. Even though corn pops have more iron, shredded wheat  is more filling. Most of the cereals are in the twentys for grams. A bowl of  Frosted FLakes has a whooping 35 grams.  Here are the amounts for the rest of the cereals. A bowl of froot Loops has 27g, Rice Krispies have 21g and Honey Nut Cheerios has 24g. The more, the more inside I guess.

I used the same magnet, amount of water, and method. The only thing I changed was the cereal I was using.

Take the cup of water and pour it in the ziplock bag, then pour the cereal inside of the same bag. After 3 minutes mush up and shake the bag until most of the cereal has dissolved. Put the magnet on the bag, then wiggle the bag around with the magnet still on. Slowly and Gently spin the magnet in 2 small circles without taking it off the bag. You then lift up the magnet, and look at the small/big black dot sitting there. Thats iron. 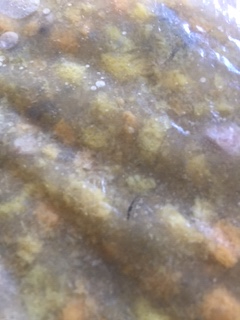 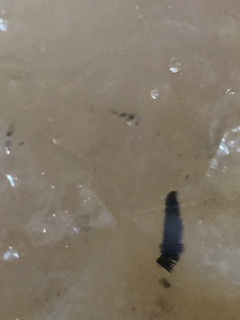 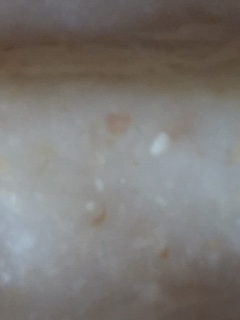 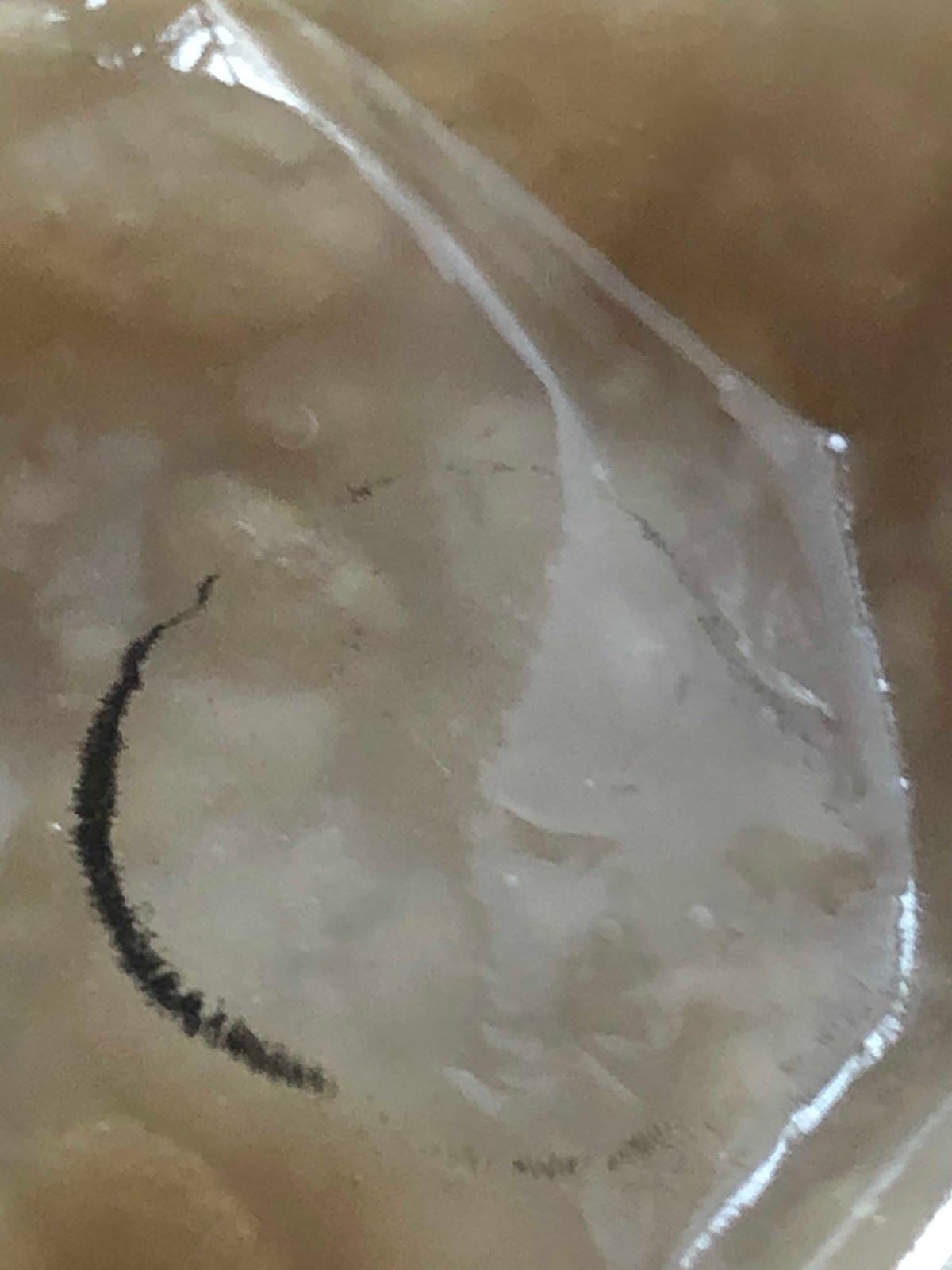 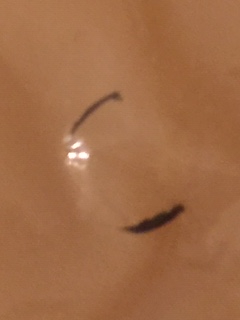 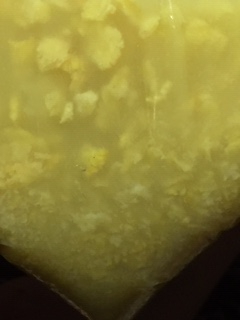 Iron doesn’t naturally occur in Froot Loops or Frosted Flakes, but they artificially put it in. I was surprised when I did this experiment on froot loops because I got very little iron out of the mixture. I tried this cereal several times and only got a little out, Even if I mushed it better than it

shows in the picture.  I tried this cereal three times.

I wasn’t very surprised when I got the most iron out of Honey Nut Cheerios because I hypothesized that I would get the most out of this cereal. ( see hypothesis ). I tried this cereal twice

I couldn’t get any iron out of Wheat Shreddies, but I was expecting that because it said it had only 10% iron. I tried this cereal three times.

I got a lot of iron out of rice krispies. Enough that the magnet stayed on the bag when I held it up. I tried this cereal twice.

Though it smelled really bad, I got a lot of iron out of corn pops also, and they were really easy to dissolve in the warm water. I did this cereal twice.

Every single time I did frosted flakes I got only a small dot of iron out of it. Iron doesn’t naturally occur in Froot Loops or Frosted Flakes, but they artificially put it in.

I did this cereal FOUR times.

I think that it’s easy to get the iron out of cereal, though gross to think about eating nails, its important for you. I also think that I didn’t get much Iron out of frosted flakes or froot loops because they artificially put it in and it might be harder to take out.

how you can apply this to your daily life.

The cereals could have been of different thicknesses so that could have affected the end result.