Question: What is the fastest way to solve the Rubik’s Cube?

Hypothesis: I will be able to solve the Rubik's Cube in the fastest time using the Daisy Method.

I think Daisy Method is easiest because after you set it up it is almost fully completed.

Step1: Go to science buddies on the internet.

Step2: I found 3 links to websites that gave different strategies on solving the Rubik’s Cube.

Step3: I google “the easiest way to solve a Rubik’s Cube”

Step4: I chose the Layer method because it is the most common in my research.

I chose the 2x2 Method (version 2) because it is the second most common and it is used for speed cubing.

I chose the Daisy Method because it seemed the most easy.

What is the Problem:

The Rubik’s Cube is really hard to solve and it's frustrating.

Why is this important:

How the Rubik’s Cube helps thinking:

What is a Rubik’s Cube:

Dependent Variable: How much time each method takes to solve the Rubik’s Cube. How much is completed. 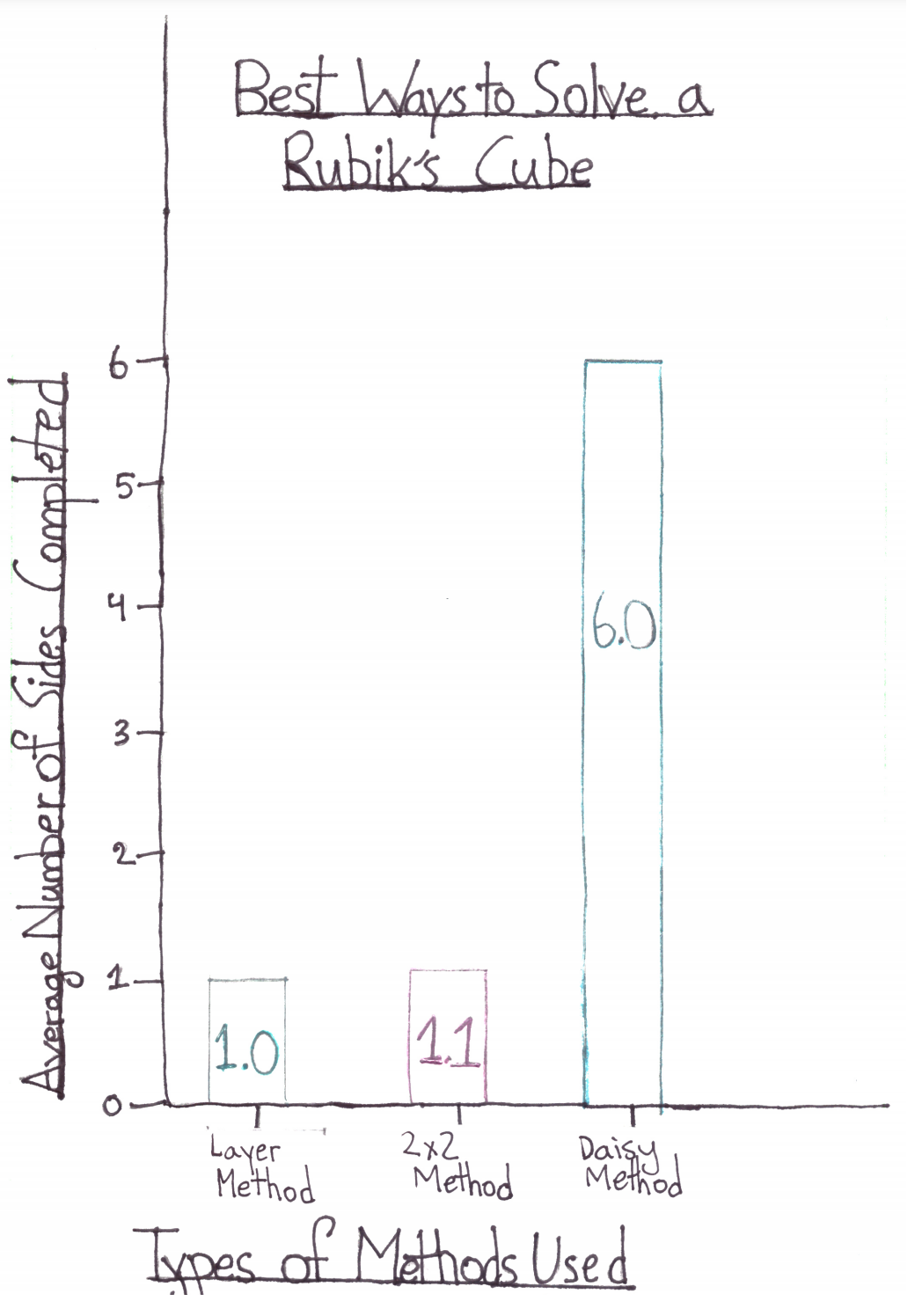 How I can make things better:

My hypothesis was mostly incorrect because I could not set up the Daisy Method and I had to use tape. I had an Average of 1.15 minutes. While this is really good, the cube is not actually complete. So in the end  the 2x2 Method is the best method.

I would like to thank my mom and my dad for helping me with my science fair project.