How do genetic variations affect fingerprints?

I hypothesize that the farther related the two people are, the fewer will be the similarities in fingerprint patterns and positions between them since the size, shape and spacing of fingerprint pattern types (i.e., whorl, loop or arch) are genetically inherited from parents. 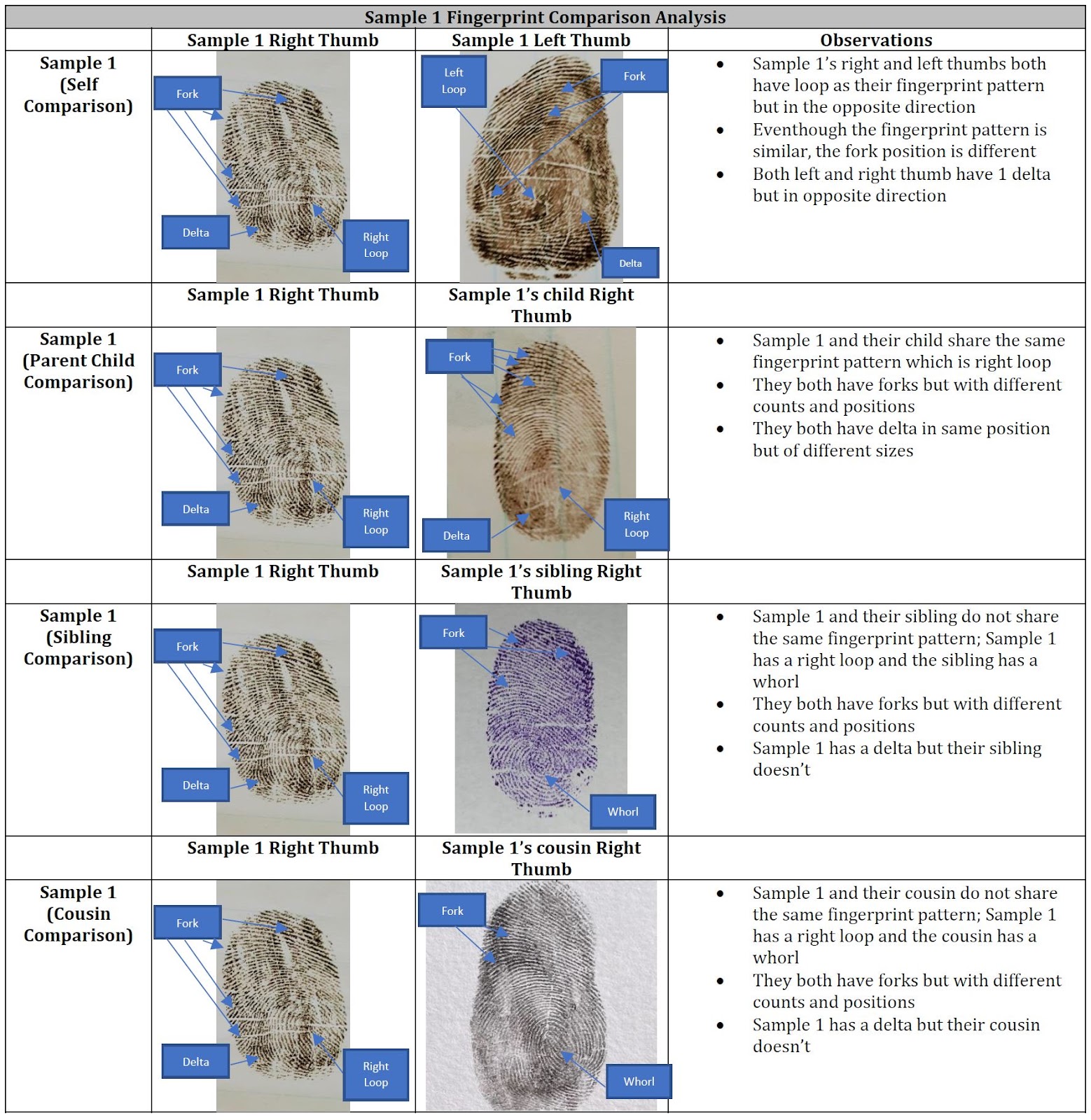 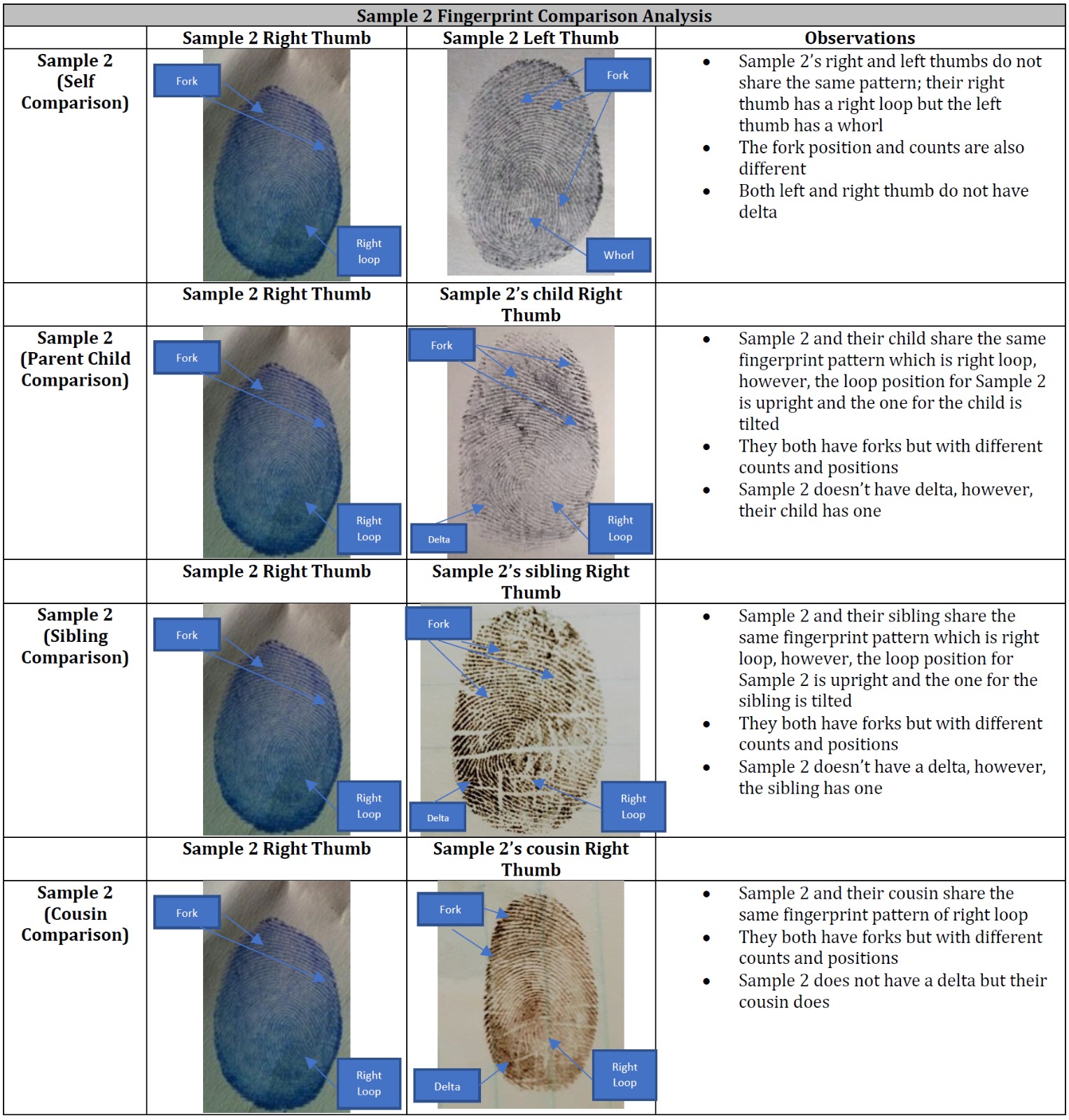 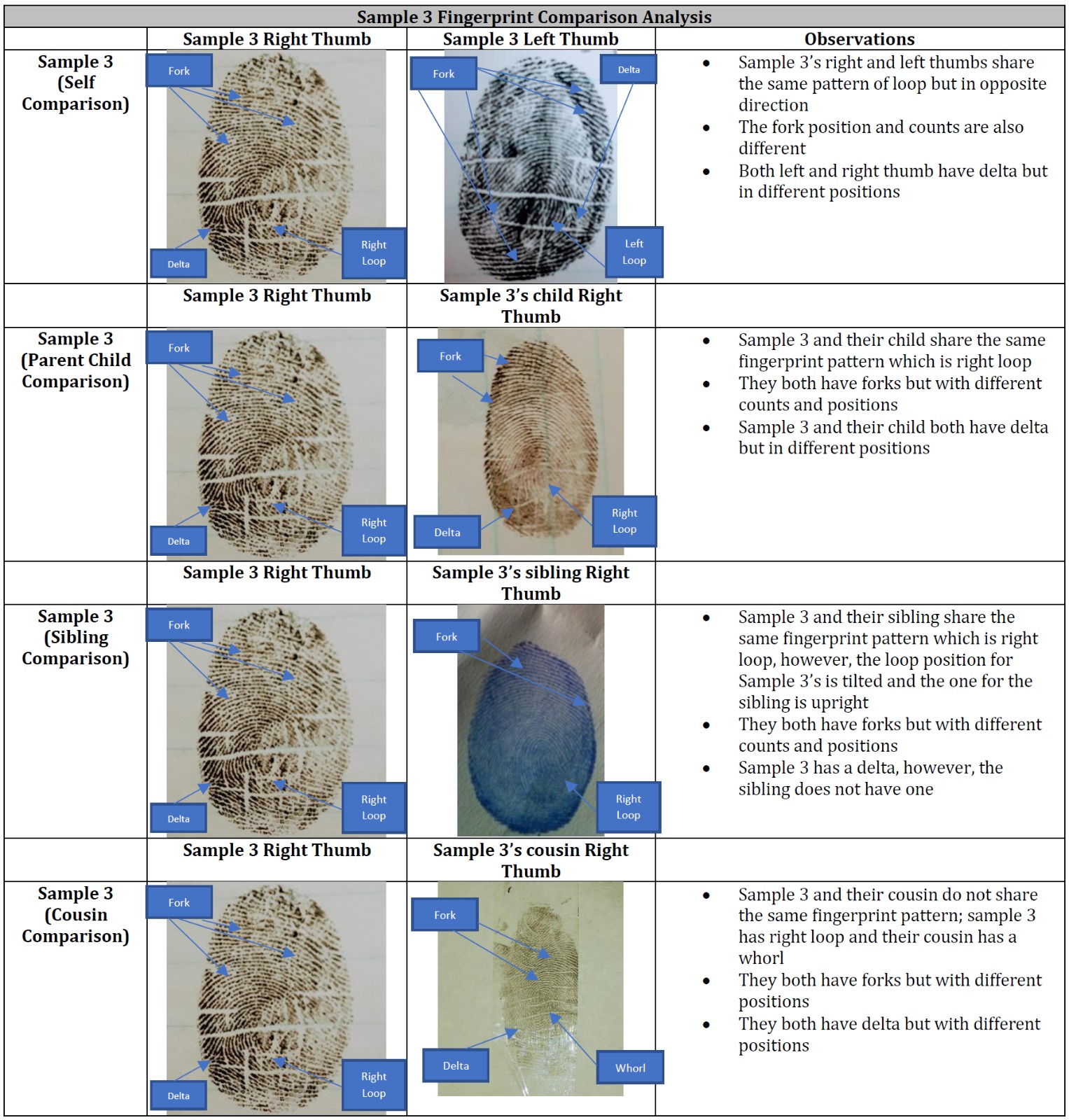 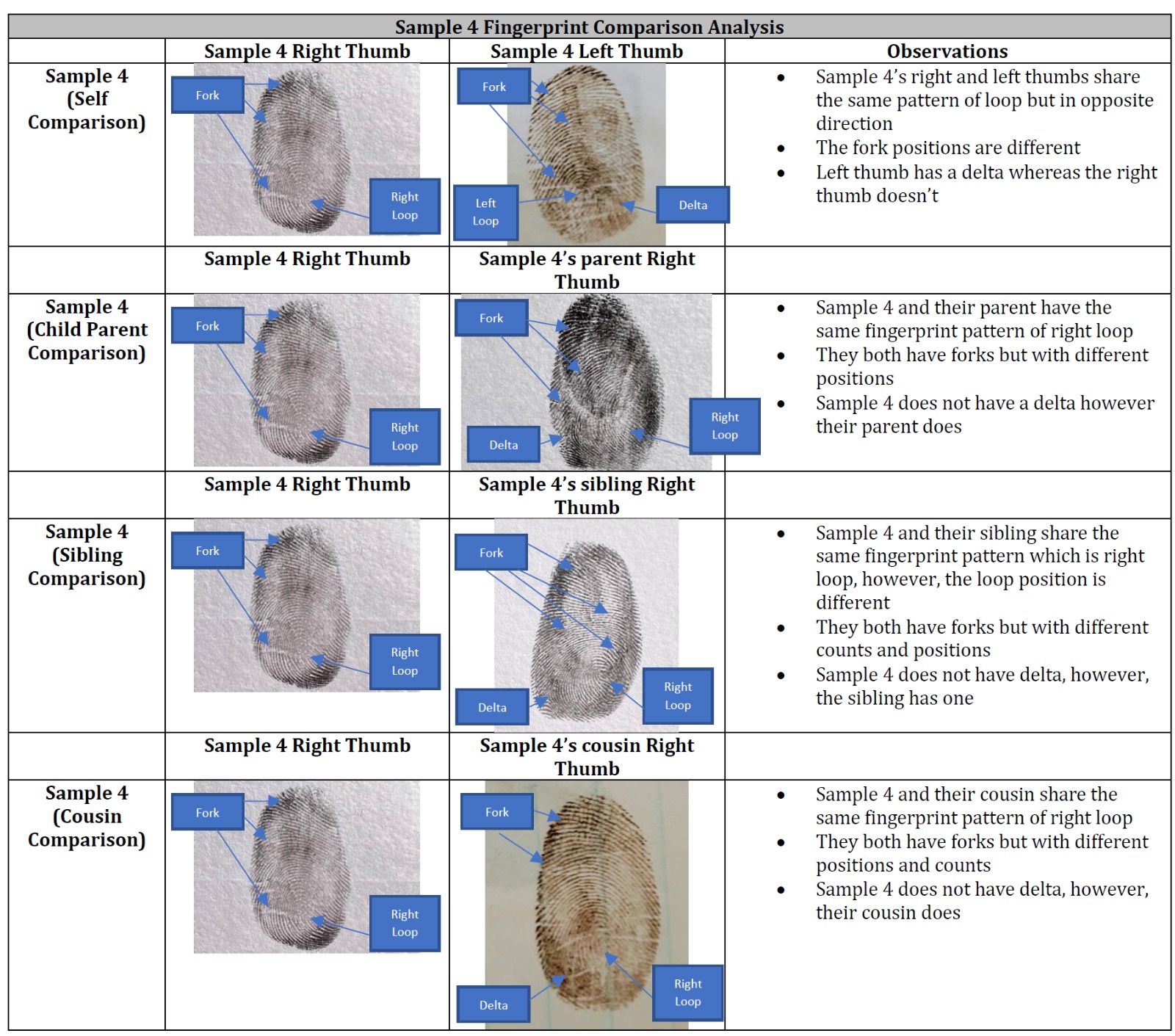 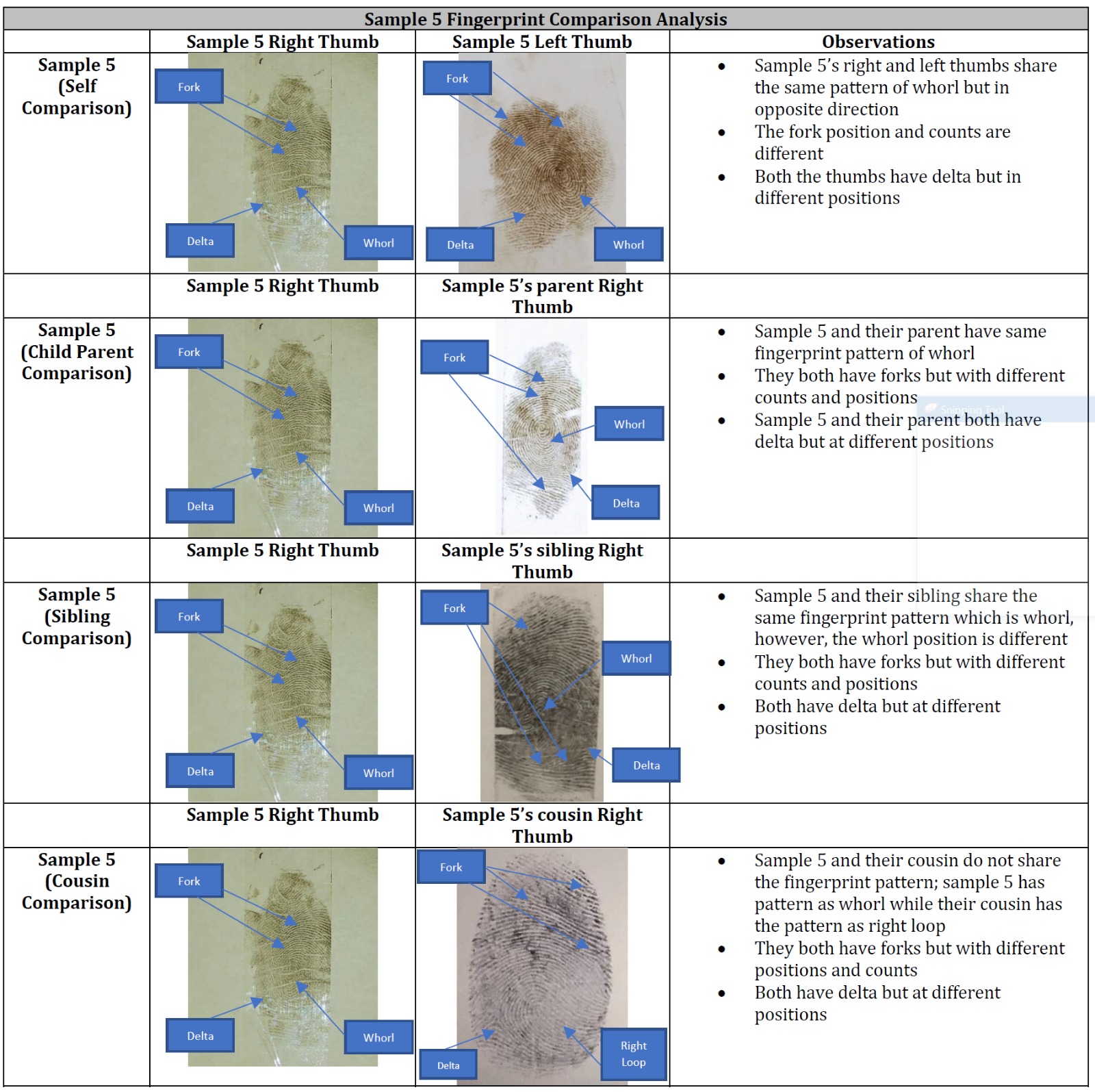 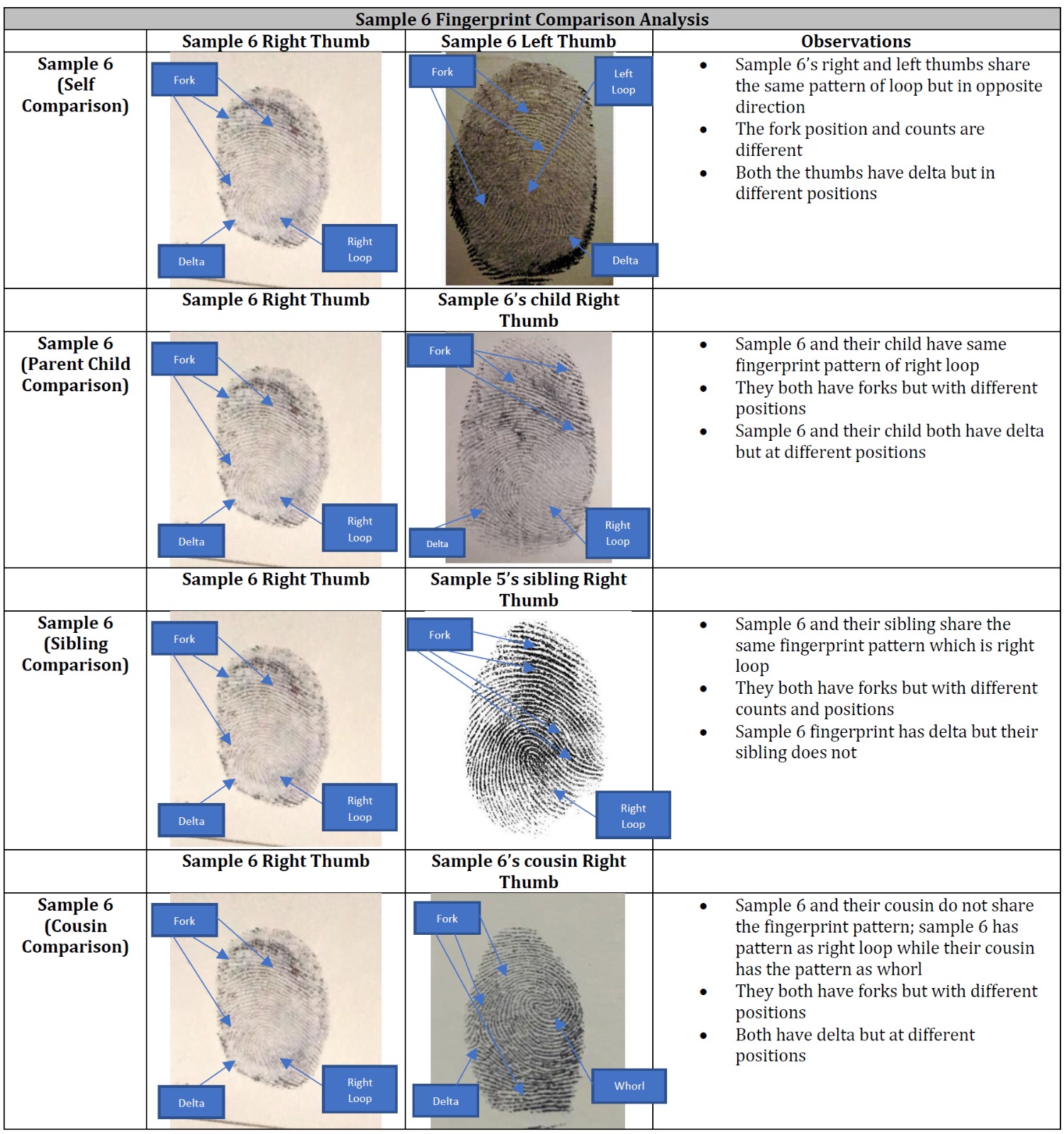 Please click on the below links to view the charts individually: 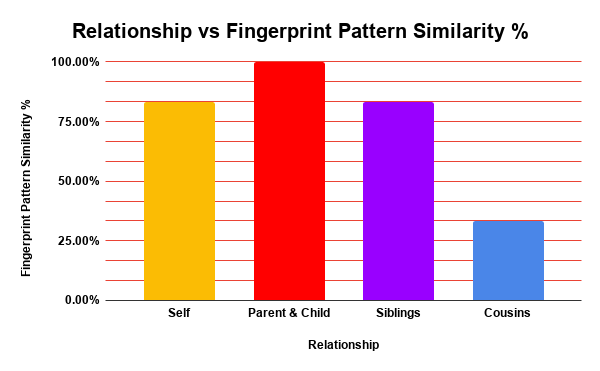 The background research conducted on role of genetics on fingerprint patterns revealed that there is an inheritable quality to fingerprints. Pattern types are often genetically inherited, but the individual details that make a fingerprint unique such as count and position of forks and deltas are not.

The experimental results and associated findings concur with the hypothesis based on the study conducted as part of the background research.

This experiment can be improved by collecting and analysing fingerprints across multiple generations to establish commanalities in fingerprint patterns among them.

Here are the websites that I used to do my background research:

Credits for the header image:

I would like to thank the HUB project coordinator, Mr. Joshua Downey, for supporting and guiding me through this project.

I would also like to acknowledge and thank all the people who co-operated in providing their fingerprints for the analysis.