A Corrosion Comparison of Agricultural Disinfectants on Metals

A comparison of the corrosive nature of five commonly used agricultural disinfectants on a variety of metals used in food processing facilities, farms and veterinary clinics. 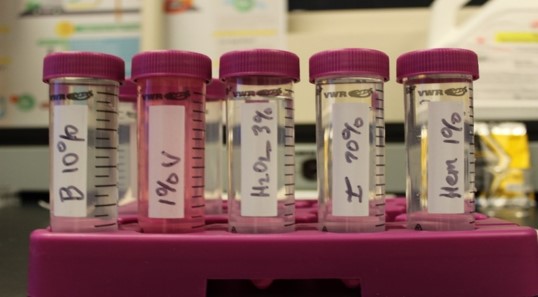 The agriculture industry uses many different disinfectants in food production and processing, animal health and treatment and biosecurity. These disinfectants often come into contact with metal surfaces, highlighting the need to understand which disinfectants are most corrosive on which types of metals. This allows the proper selection of disinfectants that cause the least amount of corrosion on a specific metal to preserve the metal surface for as long as possible. This is assuming the disinfectants are equally effective at killing bacteria and viruses. 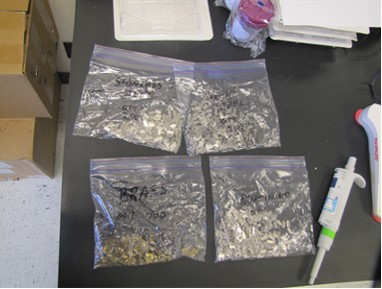 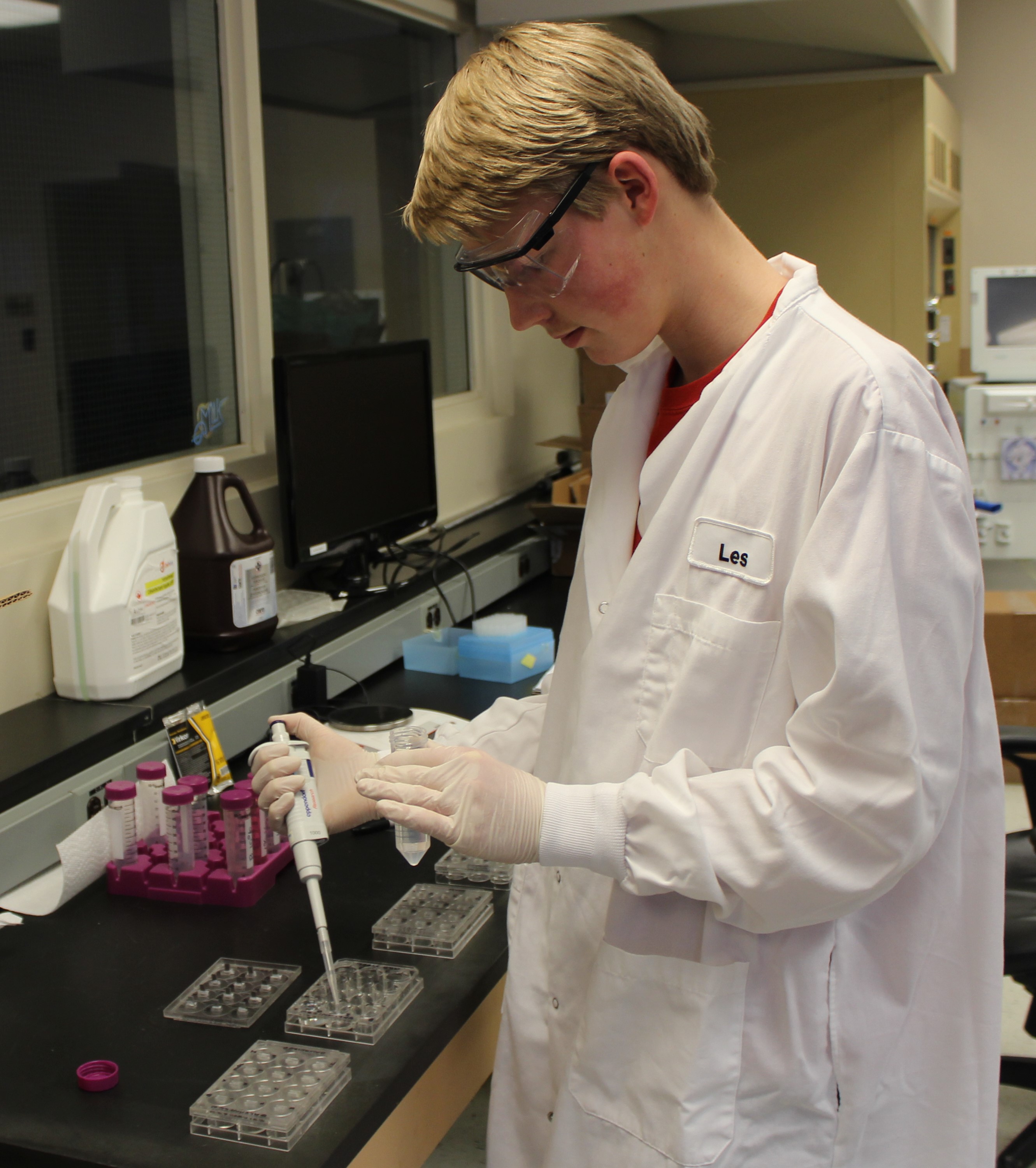 1. Gathered the materials and put on the personal safety equipment.

3. Placed the metal coupons into the groove lids with parafilm. In each well pipetted a total of 5 ml of the designated disinfectant.  I did three replicates of each metal/disinfectant combination.

4. Lids with the attached coupons were put into the well solutions. The plates were left at room temperature on the counter.

5. The wells and coupons were observed and photographed five times (Day 9, 16, 23, 33, 40). Coupon observations noted any crystallization, rust, disintegration, blackening, green (patina), no change and pink discoloration. Wells were observed for the accumulation of solids.

6. On day 48, coupons were photographed, rinsed in distilled water, removed from the lids, air dried and weighed.

7. Then the coupons were individually sonicated in beakers of 2.5% acetic acid (vinegar) for 20 minutes to remove all corroded metal consistently. Coupons were dried and weighed again.

8. Visual observations and coupon weights were compared between disinfectants and metals to measure corrosion loss between the coupons starting weight and ending weight. 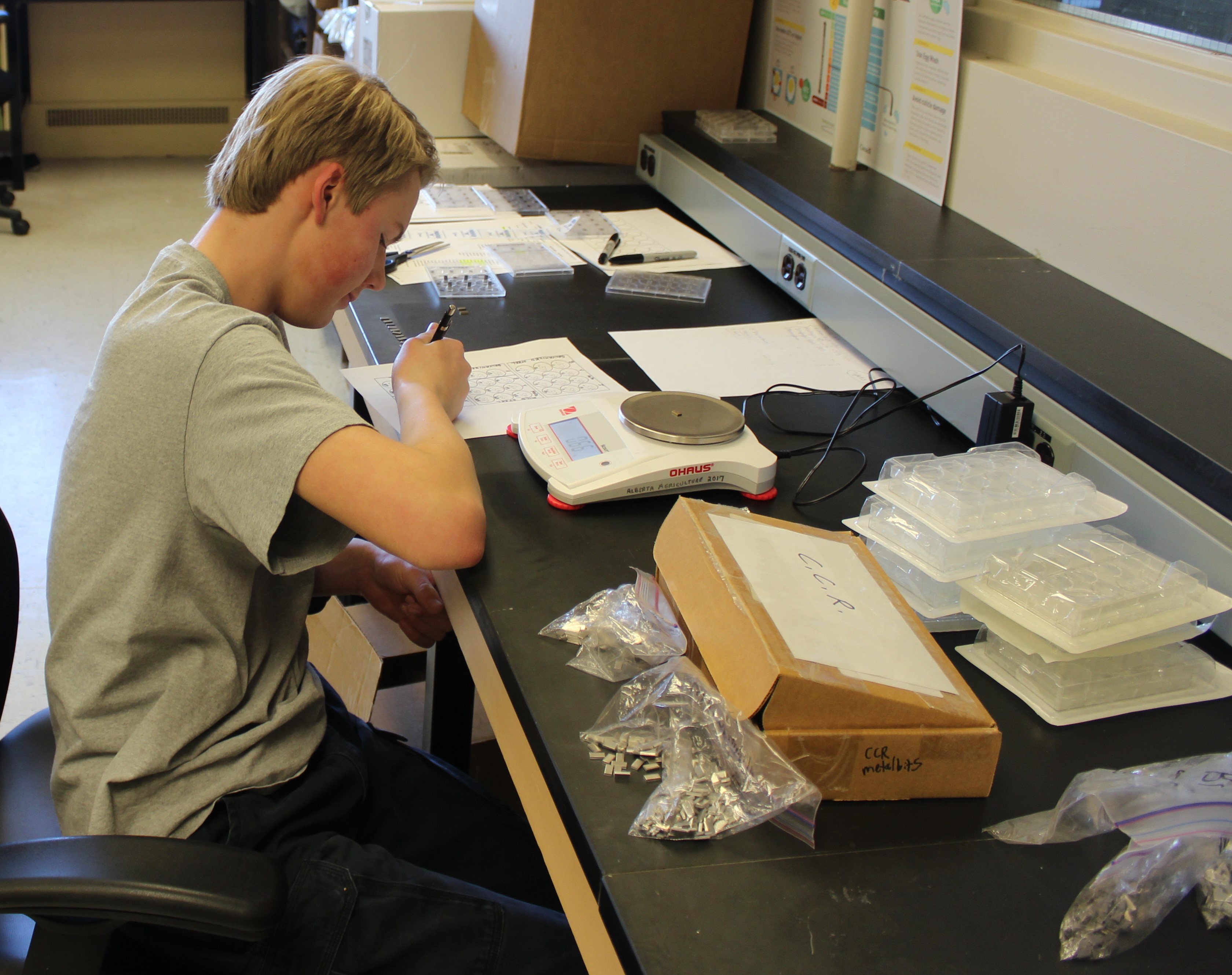 Picture 7: Coupons and Disinfectants Set Up 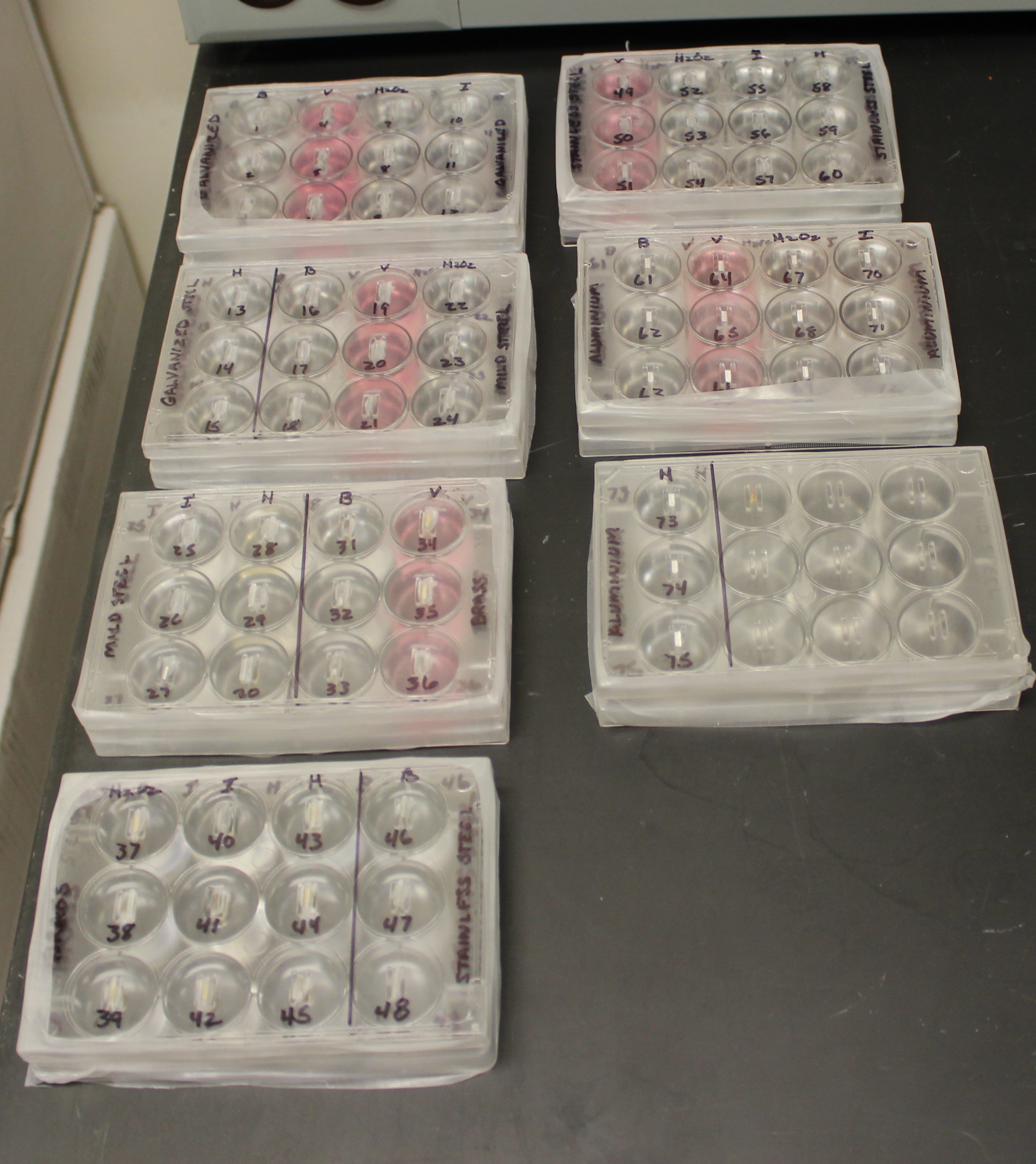 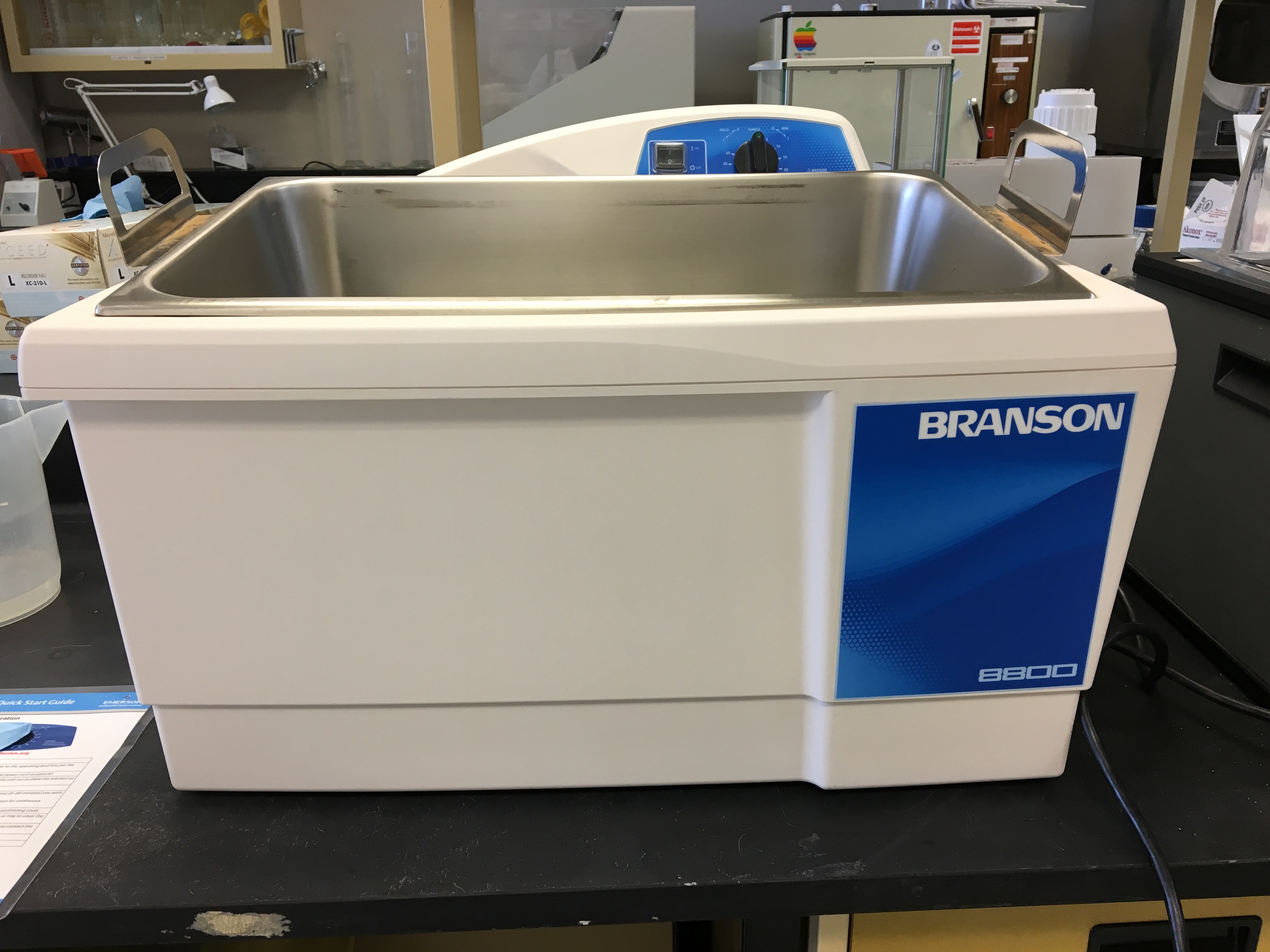 Picture 9:  Coupons in the sonicator 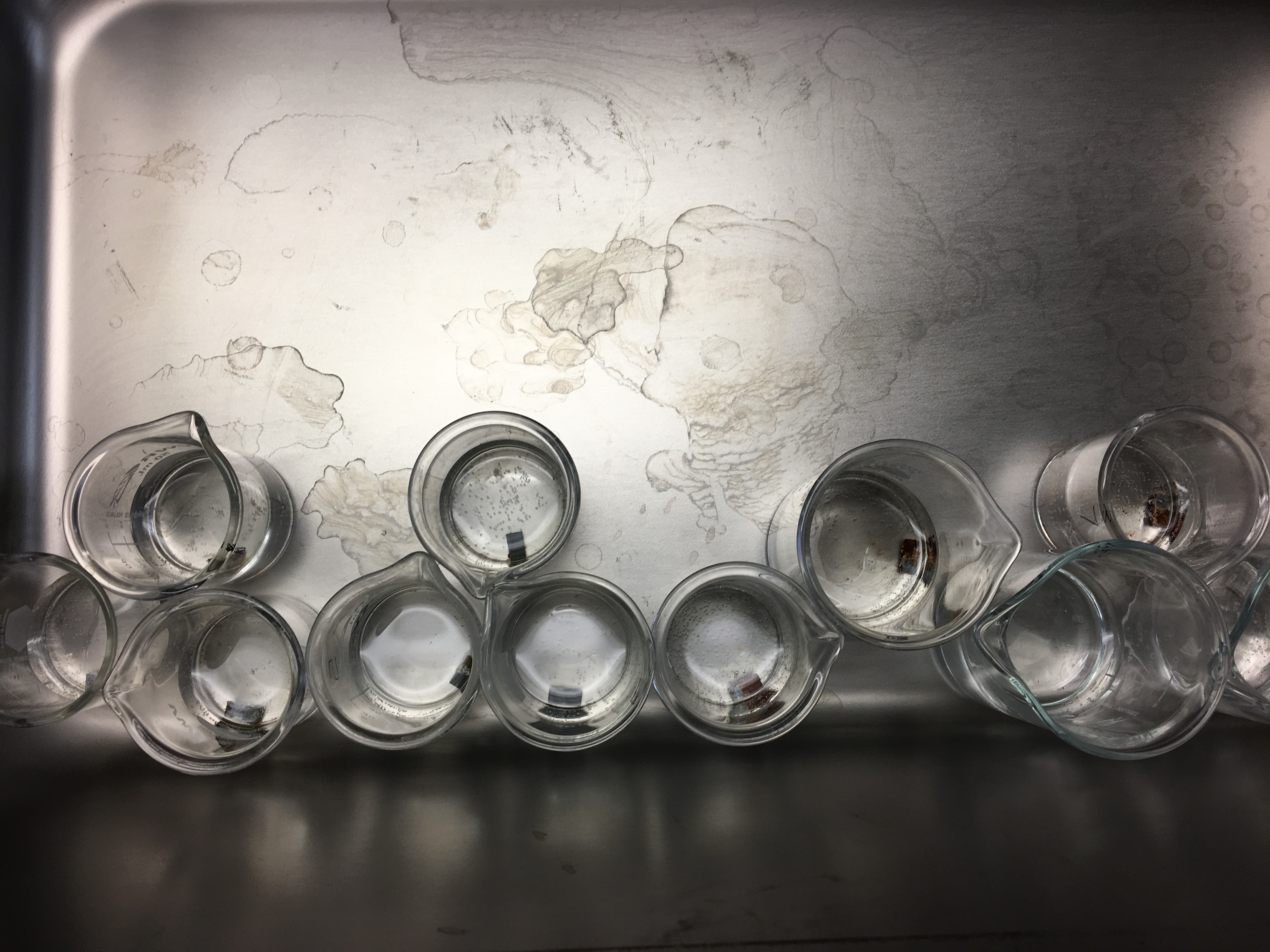 Figure 1: Number of Corrosion Observation Means for Each Metal in the Five Disinfectants 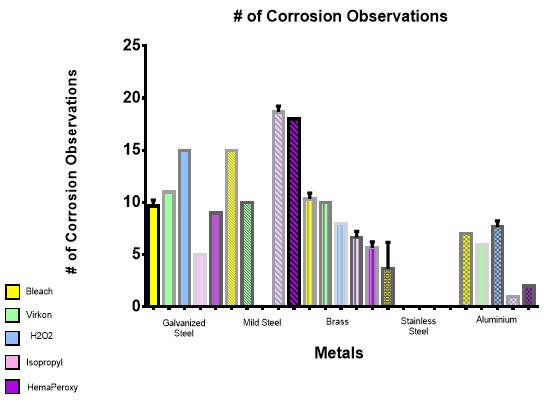 Picture 10: Wells and Coupons Used for Observations of Corrosion Indicators 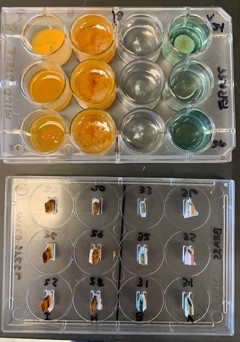 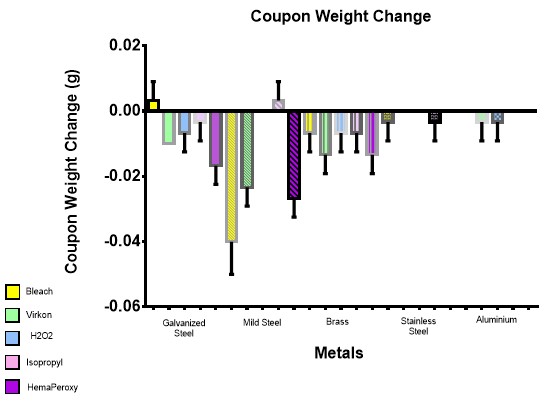 •Comparing the change in coupon weights from d0 to d48 after sonication between the disinfectants showed no significant difference. 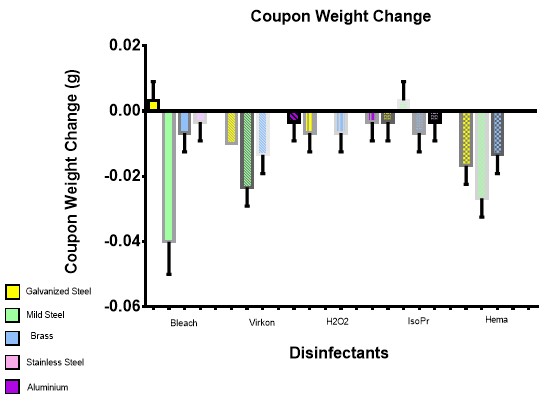 Graph Pad Prism 6.02 - 1 way ANOVA test was done. When choosing which test to use to compare my data I considered the following:

Corrosion observations were totalled up for the three replicates of the five metals in each of the five disinfectants.

A repeated-measures one-way ANOVA test was performed. There was no significant difference in the corrosiveness of the five tested disinfectants.

A repeated-measures one-way ANOVA test was performed. Comparing the change in coupon weights from d0 to d48 after sonication between the disinfectants showed no significant difference.

•I accept my hypothesis 1 as true, mild steel coupons had the most observed corrosion and coupons lost the most weight compared to the other metals.
•There was no statistically significant difference in corrosion action between the five disinfectants however bleach was observed numerically to cause the most corrosion observations as well as the greatest loss in coupon weights.
•I reject my hypothesis 2 as there was no significant difference between the five disinfectants, so Virkon was not the most corrosive disinfectant.
•Based on these results from a corrosion perspective stainless steel would be the best metal to choose for use as a surface coming into contact with these five disinfectants.
•Selection of a disinfectant from a corrosive perspective on the five tested metals would support not using bleach and instead  using Isopropyl alcohol if their bacteria and virus killing capability were equal. However, cost wise bleach is $.21/L at 10% concentration and Isopropyl alcohol is $15/L at 70% so cost may play a role in the decision.
•In the Agricultural Industry if you have surfaces such as benches in food processing plants or veterinary clinics coming into contact with disinfectants it would be advantageous from a corrosion perspective for them to be made out of stainless steel rather than any of the other tested metals to avoid corrosion.
•However cost and structural durability may influence this decision
Picture 13: Stainless Steel Lab Bench 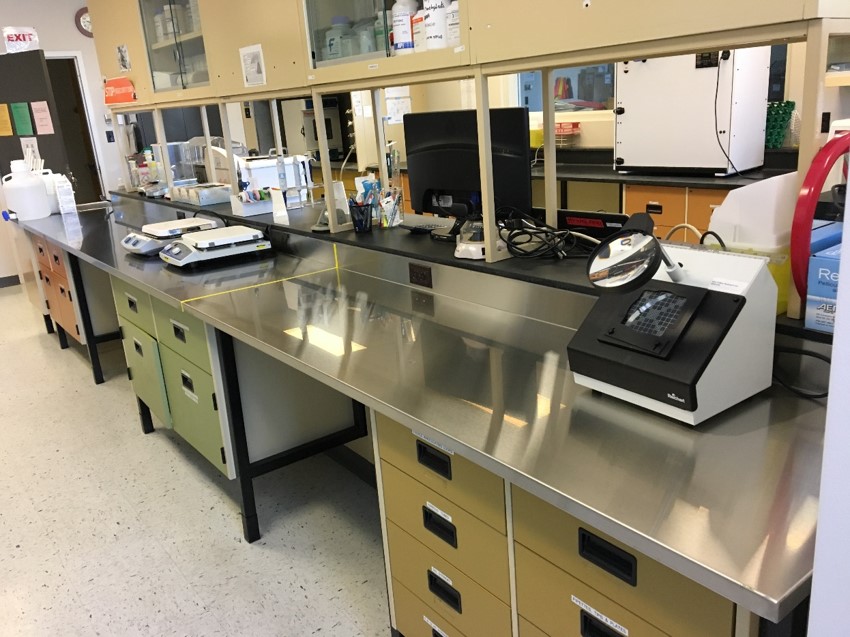 1. Testing more types of metals and disinfectants used in the Agricultural Industry.

2. Testing different shapes of metals similar to those used in Agriculture to see if pooling of disinfectants would increase corrosion.

1. Extending the time that the metals were in contact with the disinfectants.

2. Applying costs to different types of metal surfaces and how long they last compared to each other to see which is the most economical based on cost versus durability.

Picture 14: Coupons after Exposure to Disinfectants 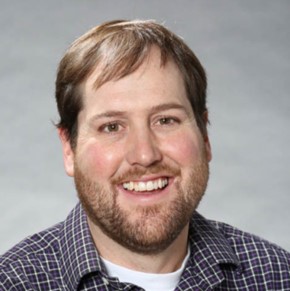 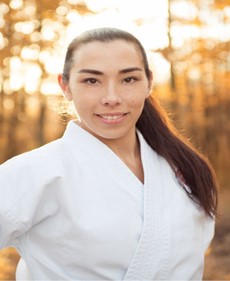 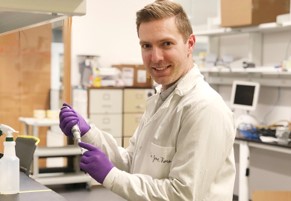