My project is about pollution. The causes of pollution, how pollution could be harmful to us, and what we could do to save the world, such as using less plastic materials like plastic bags. This project will also explain the different types of pollution.

1. Air pollution- Happens when there is bad air quality in your community and surroundings.

2. Water Pollution- Makes the water in an ocean harmful for animals that live in the sea. (The water is full of garbage).

3. Land Pollution- Most visible type of pollution. (You could see garbage everywhere).

4. Light Pollution- Occurs when there is too much light in a place. It could distract animals. For example, it could distract birds who are migrating from one place to another.

5. Noise Pollution- Makes your surroundings very noisy (Example: From the honking of cars).

6. Radioactive Pollution- Causes when a nuclear power tries to generate electricity. But sometimes, it leaks, so it sends toxic chemicals into the air.

8. Visual Pollution- Causes someone to get distracted from a lot of stuff around you.

Pollution could be visible, and invisible to the human eye, so don't think that your community is "pollution-free", because there might be some gases there that you could not see. In conclusion, we should all try to save our planet before anything really bad happens. Polllution is really harmful to us humans, plants, and the animals that are around us, especially with people who have diseases, such as asthma.

This picture below shows a few types of pollution I will talk about in my presentation:

1. Before I started to research anything, I decided to watch some videos for the first day. That way, I would have enough information to start researching my topic, which is pollution.

2. I first researched what pollution actually is.

5. After I finished that, I started to work on the ways of how we could contribute to our community/environment and keep it healthy. I added ideas such as using reusable bags, using metal straws, volunteering, and more.

For my log book, I filled it out every day. (The days when I had to write what I did on each day.)

- Pollution is when different gases, smoke, and chemicals enter the environment with large doses.

-   Earth has an atmosphere made of different gases.

-  The advances of technology welcome new chemicals into the atmosphere, causing an imbalance.

- Global Warming is the most common effect in nature.

- The three main types of pollution in Earth are Air Pollution, Water Pollution, and Land Pollution.

- Most common type of pollution in Earth.

- Occurs when gases, chemicals, and particles mix together and enter the atmosphere. This makes it harmful for animals, plants, and humans.

- Most of the time, it is invisible to the human eye, but sometimes it is visible.

- Air Pollution can happen naturally, and it is also caused by humans.

- Is mostly caused by the burning of fossil fuels (includes coal, oil, and natural gas.)

- The burning of fossil fuels can create smog. (Fog and smoke mixed together).

- Negative effects of air pollution; Global Warming, (Occurs when too much carbon dioxide is in the air) the Ozone Layer, (The Ozone Layer protects us from the harmful rays of the sun) and acid rain ( Occurs when gases such as Sulfur Dioxide reach high in our atmosphere then gets so low that it mixes up with the rain. This is called acid rain.)

-  Air Pollution can effect humans too. Air pollution could make it hard for humans to breathe and it could cause lung cancer and heart disease.

- According to the World Health Organization, 2.4 million people die from air pollution.

- It is really dangerous for children who live in cities with too much smog in heir communities.

- Occurs when waste, chemicals, and particles enter the water.

- Water Pollution can make it harmful for fish and other sea animals.

- A lot of garbage people throw end up in the sea.

- Over 1 billion people around the world don't have fresh and clean water to drink.

- Water Pollution can happen naturally, and from human activity.

- One example of human activity is how much garbage people litter.

-  Some of the famous types of Water Pollution are caused by oil spills.

- One incident was the Exxon Valdez oil spill. An oil tanker hit a reef off the coast of Alaska and dropped over 11 million gallons in to the ocean.

-Air Pollution and Water Pollution have one thing in common: They both cause acid rain from the particles of Sulfur Dioxide.

- Land Pollution is when something damages a place.

- Land Pollution is the most visible type of pollution. (You can see garbage outside your window).

- The harmful chemiclas from Land Pollution can also be put in water and soil.

- If we drink the water with the harmful chemicals, then it could cause cancer and skin problems.

- Paper decomposes in around a month, but it takes 20 years for a plastic bag to decompose!

- Radioactive Pollution: This happens when a nuclear plant uses uranium and plutonium to generate electricity. But when it fails to do so, then the radio leaks, and it sends toxic chemicals out into the environment. This is called Radioacticve Pollution.

- Noise Pollution- Noise Pollution occurs where one place is too loud that you actually have to cover your ears. It could also hurt human ears. The types of noise pollution could be explosions, jet engines, and concerts. Noise Pollution can be really dangerous because it can cause hearing loss.

- Light Pollution- Even though light can help us see, too much light can be really dangerous. It can block out the night sky, and it could confuse animals, such as birds, who are migrating from place to place.

- Thermal Pollution- Thermal pollution occurs when warmed water from nuclear plants and factories get sent back to the environment, causing fish and wildlife to try surviving with low oxygen.

- Visual pollution is when something disturbs you for looking at something. (This mostly happens in cities).

HOW COULD WE SAVE EARTH FROM POLLUTION?

- Volunteer to help clean your community.

- Use a reusable bag when going shopping.

- Reduce, reuse, and recycle- Try getting stuff that are reusable from the store, like wooden spoons, reusable jars, etc.

- Don't waste paper- Write or draw on both sides of the paper before throwing it away.

- Off the lights when leaving a room.

- Try riding a bicycle or walk somewhere if it is nearby.

- Saving the Earth from pollution can save:

2. All different types of animals

4. Our environment, and Earth itself!

-  Saving the Earth from pollution can help us because it can lower the chances of death and severe diseases that occur for humans and animals , it can help plants grow well, and it could also prevent the cause of cutting down trees.

1. There are a lot of ways to protect our environment/community from pollution.

3. Each type of pollution has its own disadvantages.

4. Too much light can even cause pollution!

5. If we all contribute and volunteer in cleaning our community and surroundings, then we could really save the world!

7. Over 1.5 billion people find it impossible to get fresh and clean water.

8. As a result, the only way to stop pollution is to start with small steps and get bigger each time. (Maybe you could start by not wasting food or conserving water.)

9. Air Pollution is mostly invisible to the human eye, but sometimes it can be visible.

10. If we help save our environment every day, it will lower the chances of death and other severe diseases.

11. Some types of pollution can happen naturally, and from the cause of humans.

12. Air Pollution has three negative effects on the environment:

As you know right now, there are eight different types of pollution. Each of them has their own disadvantages. For example, air pollution can make it hard for people to breathe, while water pollution makes it harmful for animals that are living in the sea. We should also make sure that pollution could be invisible as well. Eating everything that is on your plate, reusing grocery bags, and volunteering to help save the world could also mean saving our environment. In conclusion, pollution is really harmful for us and everything that is around us. The only way to stop this disaster is to start with small steps and get bigger each time. To start with, we should maybe conserve our water, or finish the food that is on our plate. But at the end, your efforts will be worth it. 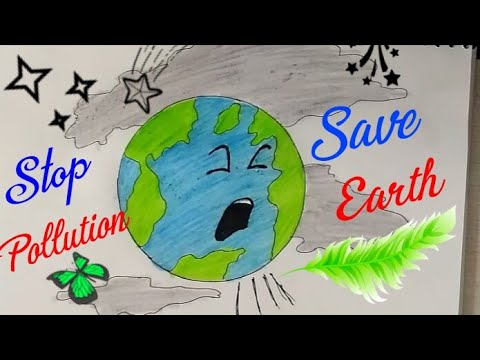