After the invention of Braille in 1824, people who were sight-deprived found it a lot easier to stay connected with the re

st of the world. Braille was based on a system where each character consisted of six points, the idea being that whether or not these point would be raised would determine the letter or number. Braille printers, typewriters and other technology for it's use where rapidly developed. Now, in the 21st century, all these efforts have accumulated to what is now known as a Braile Reader. They have the capability to display any text on them, store any books bought on them. This revolutionary invention is now used by thousands, helping them lead a normal andproductive everyday life.

Yet there is one slight issue. These readers cost a lot of money and many people who need this technology are just not financially capable enough to purchase it. In fact, %28 of the visually impaired live below the poverty line, for others, the median income being at 39 thousand. Braille readers are only aimed at the rich, while reading should be a basic privilege anyone can enjoy. Most braille displays range from $3000 upwards, the most common one, known as the Brailliant BI 40 Braille Display, being priced at $3775.

In order to demonstrate the new braille technology I developed, I created one cell of a six-cell braille character, estimating how much it would cost to apply this technology to the 40 character Brailliant BI 40 Braille Display (pictured in the 'Problem' section). The main principle behind the new braille technology is that it uses magnets to create a raised braille pin. It has a platform that, depending on which way the magnets are positioned, will repel it or attract it. The position of the magnets is changed by the rotation of the stepper motor at the bottom, which spins at 180 degrees at a time. 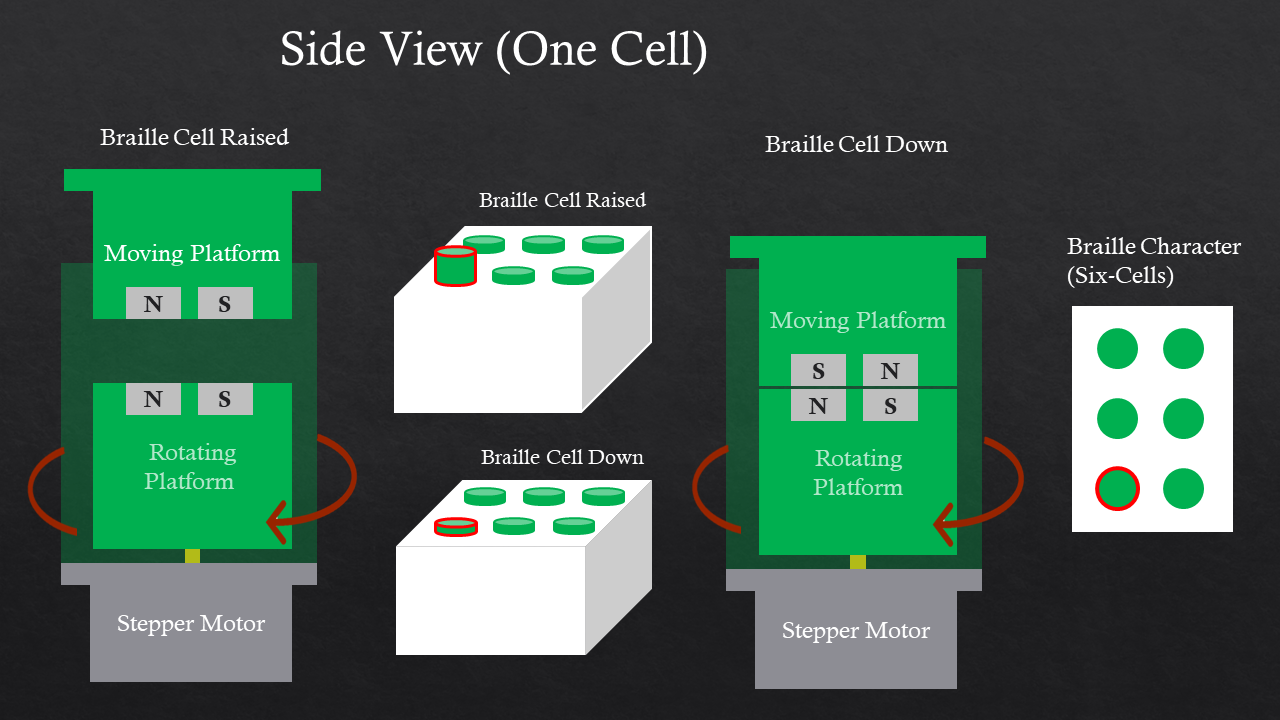 The system was programmed on an arduino micro controller using the C++ language. Here is a brief desciption of the code controlling the stepper motor:

Here is a schematic of the stepper motor hooked up to stepper driver. The project can be done without it but I used it as it was a little easier to control the motor. 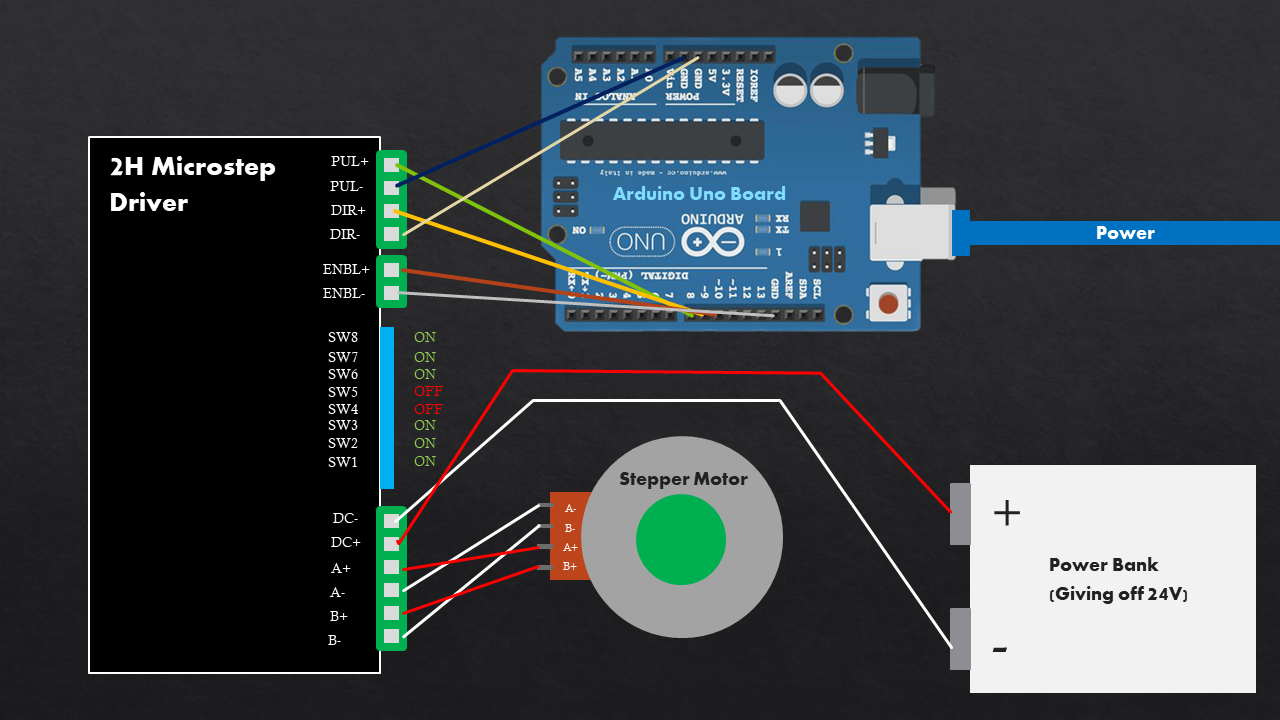 I had numerous issues, most were connected to the fact that I ended up having to use a bigger stepper motor and not the micro ones I had originally planned for (the seller delivered ones that were at their end of life). They required more voltage and heated up quickly.

To conclude, if my braille display technology is used in creating  braille e-readers, a 40 character display would cost from around $500 -$1680. Although this price is not what one would pay for the average e-reader, it is quite an improvement from what's currently available. The reason I did not list a specific price but rather a wide range is because stepper motors like the one I used cost around $4.5 but small stepper motors average at around 75 cents a piece. In addition to this, if the items are bought in bulk, the price decreases dramatically. The Brailiant Braille Display costs around the same price as 27 amazon kindle paperwhites, while if my technology were to be used, it would cost only as much as four. 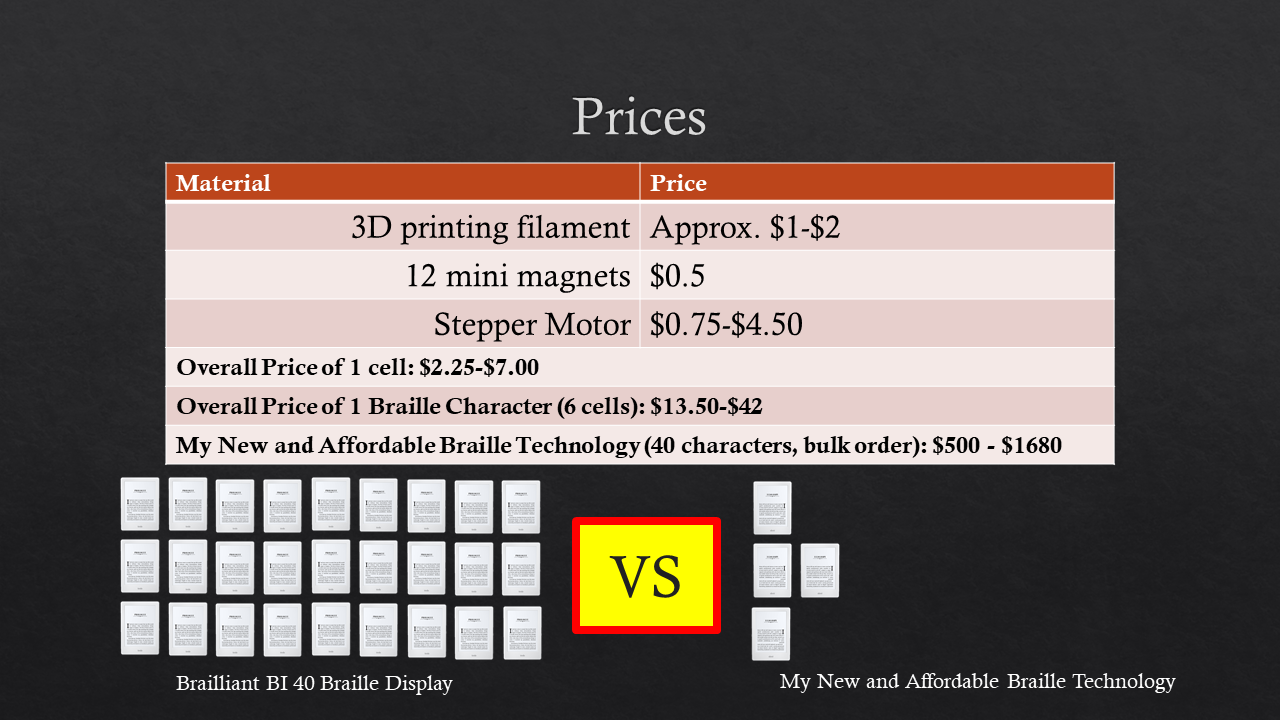 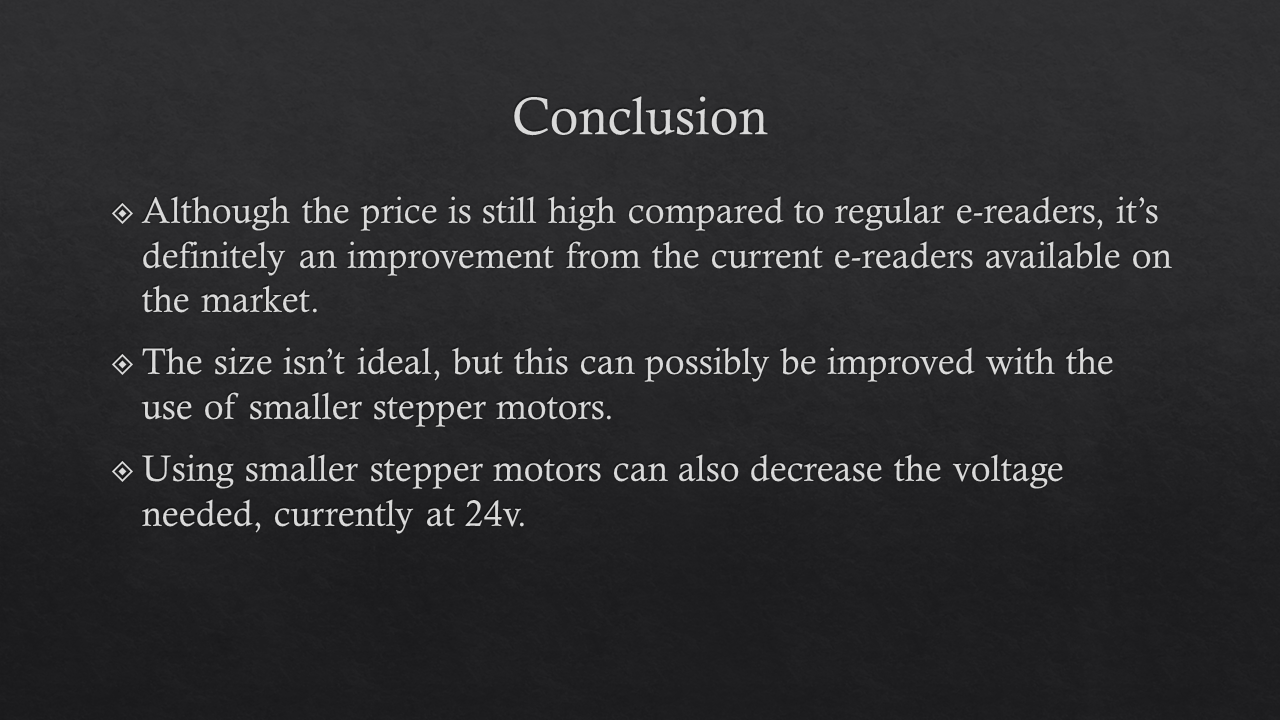 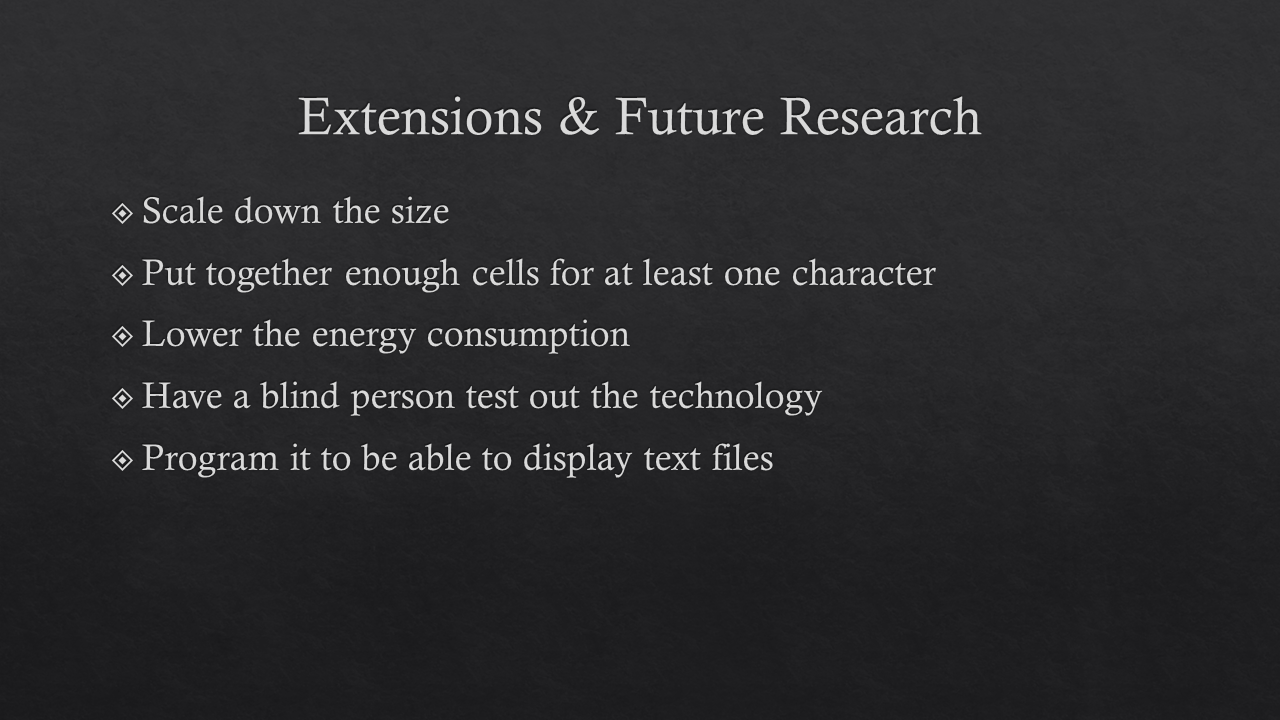 My thanks to the following people for their assistance in the completion of this project.

Mr. Kostousov -Assistance in the understanding of how stepper motors work and how to hook them up to a stepper driver